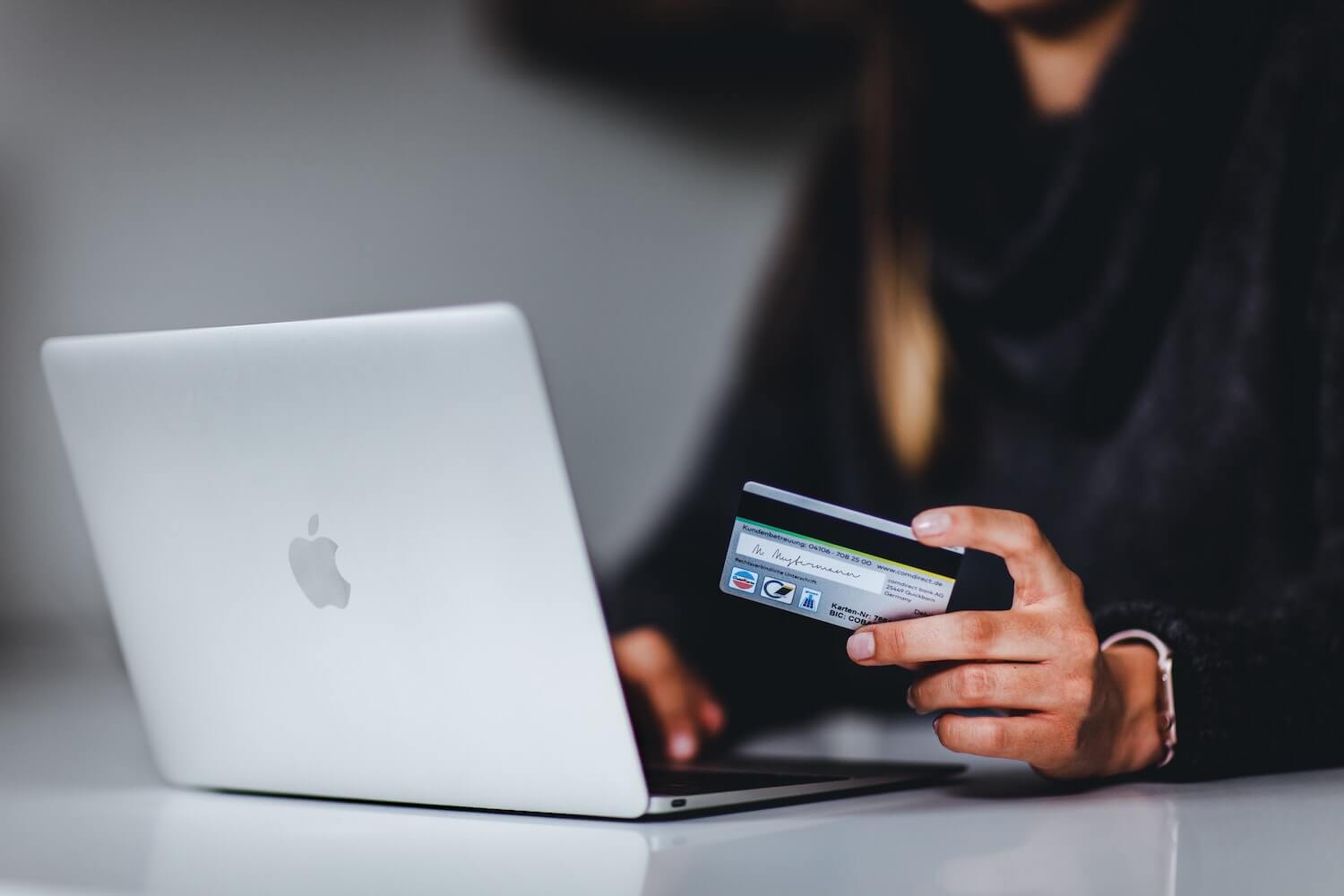 I wrote this on Prime Day. That’s right, the day a mega-corporation decided to declare an unofficial holiday by raising prices and then pretending to sell at a discount.

Ok, that’s a little unfair, but only slightly.

Regardless of how a person may feel personally about Prime Day, they would be laughed out of the room to question Amazon’s position as the current Ecommerce gargantuan. Even with Shopify making some impressive growth moves of late, Amazon continues to be the primary place people start their search when they want to buy online.

We’re not going to rehash all of the “why’s” in regard to Amazon’s remarkable growth, be it their willingness to lose lots (and lots) of money for years, or their obsession with quick shipping and simple returns (I made a return the other day without having to package it up. Literally just walked into the UPS Store close to my office and handed them the product). Of course, Amazon’s gargantuan not-so-tiny siblings in the space like Walmart and Google are pushing as hard as they possibly can into figuring out the Ecommerce space and taking Amazon’s lunch money.

It’s a dog-eat-dog world out there in which the five dogs actually in the fight resemble a Godzilla vs Kong movie more than anything else… with the small mom-and-pop Ecom startups as the tiny people running underfoot, crushed in gory closeups.

With this grim image resonating in your brain… how in the world are you going to survive with your fantastic DTC idea for that better toothbrush?

I am increasingly convinced that the future of Ecommerce will be owned by two groups of businesses:

There will of course be flashes of those who meander between the two groups, but overall I think these categories are the primary groupings.

We’ve already discussed the Gargantuans, so let’s just let them duke it out above us. You can’t beat a Gargantuan by fighting like they fight. You want to throw money at Google Ads with Gargantuans in the auctions? LOL, mkay. Good luck with that, and bye bye hard-earned money.

The secret to fighting Gargantuans is to both (a) not care what they’re doing (unless there is a way you can hop onboard and travel along with one for a little bit. Though be careful with this strategy since sometimes you can get crushed in the process. 👈 check that link out, it’s scary) and (b) stay nimble, ducking and dodging where they can’t lumber.

The (b) above is where we’ll spend the rest of this article pondering.

I believe that the future of small business Ecommerce brands is to leave the high-growth mentality, dive into deep community with one’s target audience, and thus be able to nimbly sell in ways that the Gargantuans cannot. This will allow you to co-exist with these behemoths, albeit at times getting on one another’s nerves. If someone doesn’t want something cheap, fast, or risky, then they want to buy from a place that they have connections with, a place that has built trust and is a perfect fit for the right customer. This takes self-discipline however, because of the never-ending temptation to leave that original target audience community behind and grow, grow, grow.

The small DTC brands who will survive are going to be those who know *exactly* why they exist, *exactly* who they are selling to, and *exactly* how to position (and ultimately, market) themselves in that regard and are content to remain there. They understand that settling in and finding their people is more valuable in the long-run than trying to make it to unicorn status and sell for a kazillion dollars. This keeps them off the radar of the Gargantuans, and allows them to develop a lifetime business with which they’re actually happy.

It sounds like an easy declaration, but the above is incredibly difficult to attain (whether for service-based agencies like mine, or Ecommerce companies), primarily because of greed. Even the best-intentioned business owners get sucked into the idea of growth > sustainable, long-term stability. However, as soon as you slip into the mindset of “growth, growth, growth!” then you begin to gear up (often without realizing it) for fighting the Gargantuans. You can’t win. I mean, someone will at some point, but like, 10 people out of 6 billion. I’m not trying to be de-motivational here, but to shoot you straight.

If you avoid an obsession with growth, and instead work towards obsessing with offering a great product to the right people, then you are able to make the tough everyday decisions that help you clarify why your business exists, who you’re selling to, and then how to position and market to them.

Maybe you shouldn’t make that deal with the cheaper carrier even though it increases your profitability because then your damage and return rates will increase.

Maybe that partner who wants to infuse you with capital but wants to push you in a direction away from your core customer base isn’t actually best for you.

This is how I run ZATO (albeit, a service agency) and the philosophy exists within service as well as product. I have found that knowing exactly what it is we do well, and communicating that as clearly as we can does indeed turn away people. However it is turning away the people who should not be our clients, and it makes good clients remarkably easy to land. That’s because we are more concerned with getting it right and doing it well than we are growing as fast as possible, and I believe that is how the small businesses will survive as well in an increasingly Gargantuan focused era. Ironically, the businesses focused on doing this well will in fact see profitable growth (emphasis on the profitable), but even that is done in a stable manner.

But back to Ecommerce and Gargantuans.

You think Ecommerce advertising has been hard up until now? Wait until tracking is completely wiped out (iOS 14.5 is just the beginning) and automated advertising campaigns are the norm, so you can’t implement your sneaky targeted bottom-funnel ads like you used to on Google or Facebook to get past the Gargantuans.

Think of a person running a $5M profitable online store, paying her employees well, servicing customers well, and creating a solid product who sees growth of only 5% every year for a decade (I even led you to see that negatively by adding the word “only” in there).

“Something must be wrong with her!”

“She’s not getting any investments with that abysmal growth rate!”

..and yet, she’s built a solid company who is offering an excellent product to the right people and is making a very successful living for herself, her family, and her employees.

When did sustainable profitability and lifestyle businesses become a bad thing? Perhaps our grandparents with their local hardware stores, and watering holes where everyone knows your name had it right, after all. Perhaps it’s not about everybody building businesses to serve everybody else, but in finding that small niche in your world where you can positively influence those around you? Perhaps if more of us were trying to do that, rather than all of us trying to grow as fast as possible, that more people would be positively impacted overall by that then if we’re all trying unsuccessfully to all reach the general populace.

I think the Ecommerce businesses who survive in a land of Gargantuans are going to be those who understand that they are great at what they have built, and to be satisfied to be the very best they can be at that. They’ll create communities around their blogs and email newsletters and social pages because nobody knows their business better than they do. And isn’t that enough? To build a successful business you can be proud of and to take care of those around you?

Join me, let the Gargantuans kill themselves while we get to work building relationships and meeting marketing where it’s always shined: connecting someone with something that will actually improve their lives, and bringing some light into their world.

Those are today’s ponderings.

If you like them, please consider sharing on Twitter or LinkedIn or, just shoot me your thoughts and let’s continue the discussion! 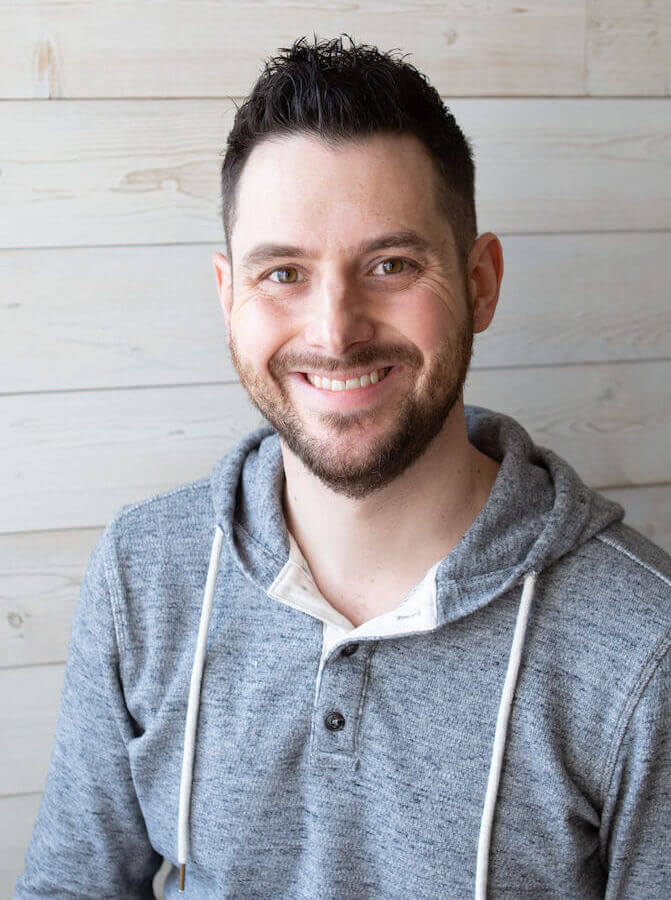